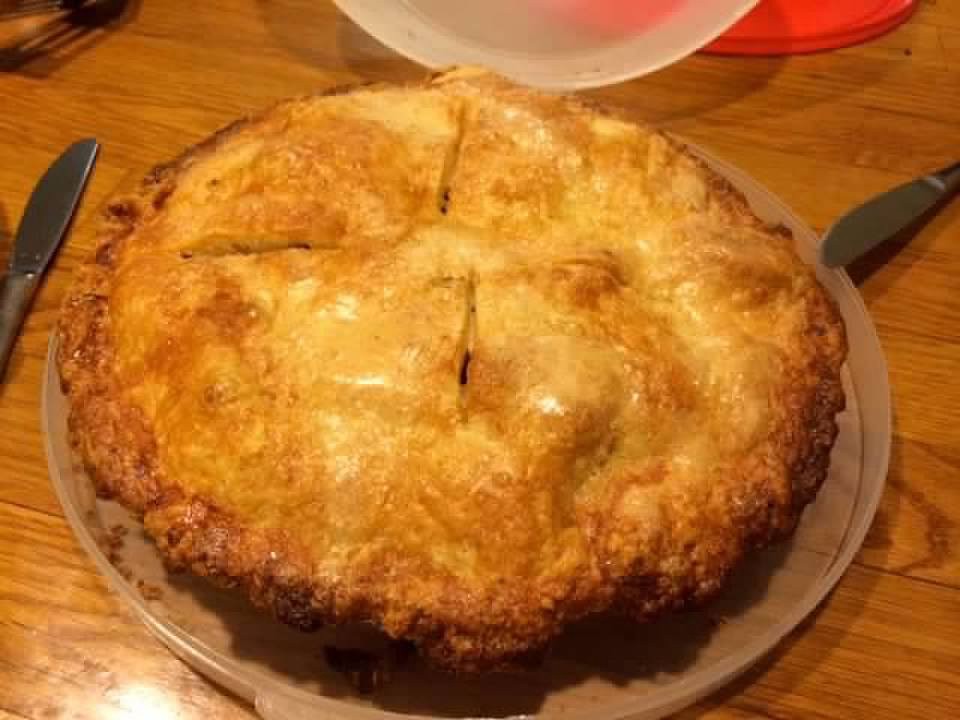 My husband was making Thanksgiving pies very late on Sunday night to send to family in Wisconsin. As he went to put an apple pie in the oven, something went pop, and the oven stopped working. We turned to our neighbors, who graciously allowed us to use their oven, despite the late hour, and let us use their home again the next day to bake another pie. Crisis averted, pies overnighted, and all was once more right in the kitchen. Our neighbors to the rescue. And that got me thinking about neighbors, community and how helping each other in a time of need — large or small — is at the core of the work we do to support refugees.

Our minor inconvenience was a tiny moment in the existence of a nation where neighbors routinely look out for each other. You don’t have to look far to find examples of a nation that rallies to help those in a time of crisis. Take, for example, the tremendous outpouring of support for the thousands of Californians who have been displaced by the wildfires, or the way people around the country immediately respond to help others whose lives are disrupted by hurricanes, gun violence and other tragedies. Look at the way people came out in droves to show support for the Jewish community after the tragedy at the Tree of Life synagogue. One of the most poignant examples of support was a donation of almost $250,000 from the American Muslim community to help victims and all of Pittsburgh begin to rebuild their shattered lives.

Americans are generous. Not only do we support our immediate neighbors, we have consistently demonstrated a willingness to open our hearts to the oppressed and persecuted around the world. People have pushed back against efforts to sow hatred and fear of refugees and to ban them from coming to the United States. They have rejected the idea that our nation should close its doors to asylum-seekers, and thousands have offered assistance to immigrant families separated at the border.

Despite this generosity of spirit, some Americans say very ugly things. Some people continue to resent refugees because they receive a small amount of government assistance to get on their feet. Some people get it into their heads, fueled by a lot of misinformation and fear-mongering, that the support given to refugees is a drain on the country and that we can only support the people in need of assistance by ignoring “our own.” The facts don’t support such arguments. As study after study has shown, refugees give back far more than they receive, not only economically but in their social and cultural contributions to our communities.

Once someone has it in their head that something is unfair, however, it can be hard to dislodge that belief, no matter the strength of the data. And this is where the oven comes in. I am pretty sure most people would gladly share their ovens to help a neighbor out. It is a small gesture, it usually isn’t too inconvenient, and the transaction cost is low. Similarly, when tragedy strikes, most people will reach for their wallets, share their food and their blankets, pick up some diapers or dog food, all to help a neighbor. When we view the situation as meeting an immediate need, when communal action means we all contribute a little to give a lot, and where there is the expectation that helping people in the short-term also helps them in the long-term, we are generous.

That is how we need to start thinking about refugees. Refugee resettlement in the United States plays an important role in bringing vulnerable people to a country where they can make a fresh start. But vulnerability is not a permanent condition. Yes, refugees need assistance. They have lost their possessions, their homes, their loved ones in many cases, and they have lost their country. But that doesn’t mean they have lost their compassion, their drive or their talent. They receive limited and temporary funds from federal, state and local governments. Volunteers contribute money, time and talent to help refugees get acclimated to their new homes, where most will attend school, find new jobs and start making contributions to their communities.

What we give to refugees is a tiny fraction of what they will give back. We are investing in their future, just as we invest in the future of our neighbors when we lend a helping hand. To put it in terms of Thanksgiving — we are providing refugees an oven, but over time they will make the pies.