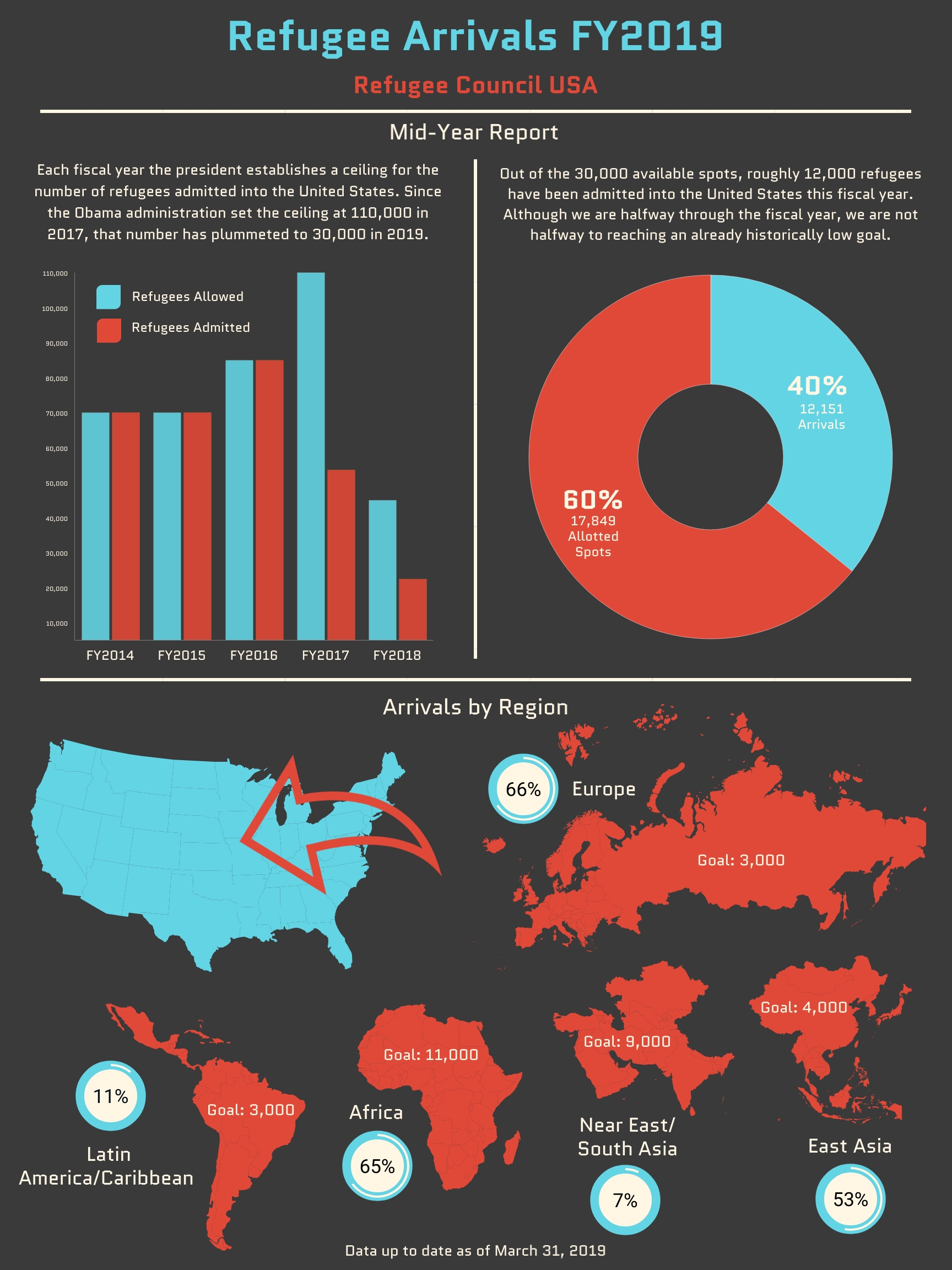 Washington, DC – Midway through fiscal year 2019, the Trump administration has admitted only 12,151 refugees, less than 40% of the historically low 30,000 refugee admissions goal set by the President for the fiscal year. At this pace, the Trump administration is likely to admit the lowest number of refugees ever in the history of the program, eclipsing last year’s unprecedented low admission figure of 22,491–and representing a 75% cut in refugee admissions when compared to the historic average.

From any perspective, refugee resettlement in the United States is not meeting America’s promise of serving as a place of refuge and hope. Throughout the almost 40-year history of the US Refugee Admissions Program, annual targets for admission have averaged 95,000 refugees, while annual admissions have averaged 80,000 refugees. Within days of his inauguration, President Trump slashed the FY 2017 admissions target from 110,000 refugees to 50,000 and has progressively reduced the annual target each year, lowering it to historic levels of 45,000 in FY 2018, and 30,000 in FY 2019.

Failure to meet even these record low targets translates into more suffering for refugees, the separation of families, and the shrinking of the refugee resettlement network. The U.S. retreat from leadership in refugee resettlement has repercussions for the economy, for national security, and for international humanitarian efforts, and this year’s mid-year numbers are a grim reminder that more must be done.

The public demands to know #WhereRtheRefugees?